Carl's Jr. Restaurants LLC is an American fast food restaurant chain operated by CKE Restaurant Holdings, Inc., with franchisees in the United States and Canada. Carl Karcher and his wife Margaret founded the predecessor of Carl's Jr. in 1941, starting as a hot-dog cart in Los Angeles. In 2016, Entrepreneur listed Carl's Jr. as #54 on their Top Franchise 500 list, which ranks the overall financial strength, stability, and growth rate for the top 500 franchisees in any field across the United States.
As of 2017, CKE (the parent company of Carl's Jr. and Hardee's) has a total of 3,665 franchised or company-operated restaurants in 44 states and 39 foreign countries and U.S. territories.

How much does Carl's Jr. franchise cost? 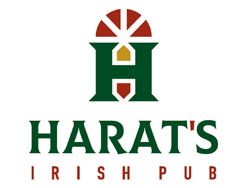 Complete your request
Information provided: the information is provided from public sources on the Internet
Interested? ASK QUESTIONS ABOUT THE FRANCHISE