Nathan's Famous restaurant offers customers proprietary hot dogs (made with a proprietary spice formula) as well as crinkle-cut french fries, hamburgers, assorted sandwiches, platters, and other fast-service menu items. A Restaurant is typically located in one of the following types of settings: a free-standing building, a food court in a shopping mall, an in-line shopping center, or an in-line urban unit. Polish immigrant Nathan Handwerker took his wife Ida's recipe for hot dogs and started selling them from a stand in Coney Island in 1916. Nathan's Famous became a public company in 1970, and began franchising in 1988. As of 2015, the company operated 234 franchises in the United States and 63 ones outside the country.

How much does Nathan’s Famous franchise cost? 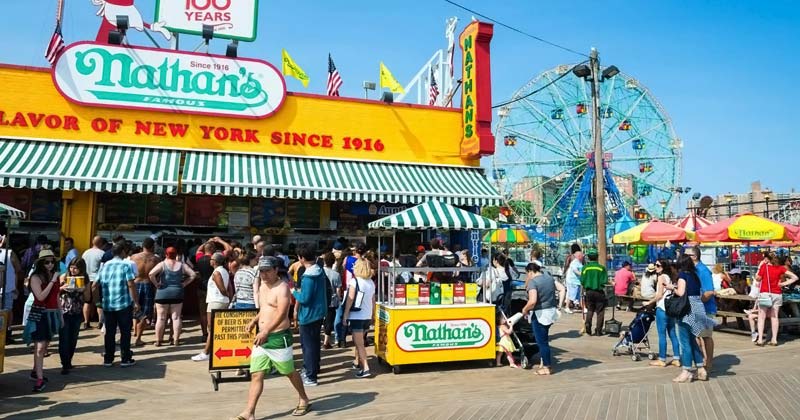