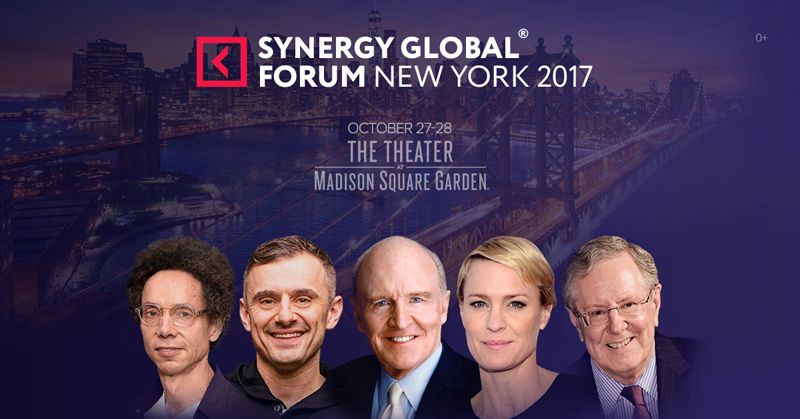 
Known as one of the world's premier business events, Synergy Global Forum's goal is to offer professionals and entrepreneurs in Europe, Asia and North America an unforgettable experience where they have a chance to learn, network, share, grow and have fun with the brightest minds alive.

"We are thrilled to reveal our speaker list, featuring 11 of the most highly regarded leaders in their trade in the world," said Augusto Carrizo, Director, New York Office, Synergy Global Forum. "We look forward to sharing an additional panel, which will be added to the line-up, featuring other exciting special guests."

Synergy Global Forum's "A Master Class in Disruption" was recently named in an article on Inc.com as "the powerhouse event of the fall" and will offer a glimpse into the mind of the world's most legendary living leaders. During the event, these 11 global icons will gather on one stage to discuss today's most cutting edge topics related to leadership, innovation, strategy, technology, social networks and "fake news," entrepreneurship, performance, efficiency, social responsibility, intellect and growth. A program can be downloaded by visiting

Registration is open for the Forum on October 27-28, which will include the most recognizable and diverse lineup of speakers. For over two days 5,500 participants will be able to network with the best professionals and influencers in numerous industries. 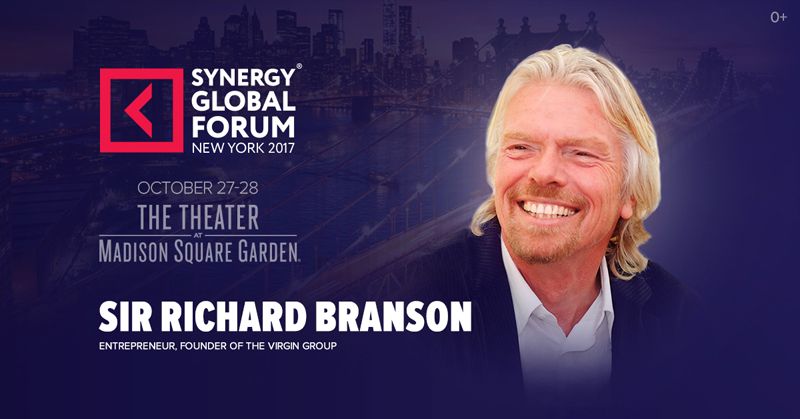 About Synergy Global Forum
"A Master Class in Disruption" presented by Synergy Global Forum 2017 dedicates itself to offering professionals and entrepreneurs in Europe, Asia and North America an unforgettable experience where they have a chance to learn, network, share, grow and have fun with the brightest minds alive. The event has become known as one of the world's premier business destinations. Through this year's theme, participants will learn from world leaders how new technologies, innovations and strategies are causing disruption and engineering a new world. Synergy Global Forum will take place October 27-28 in New York City's iconic Madison Square Garden 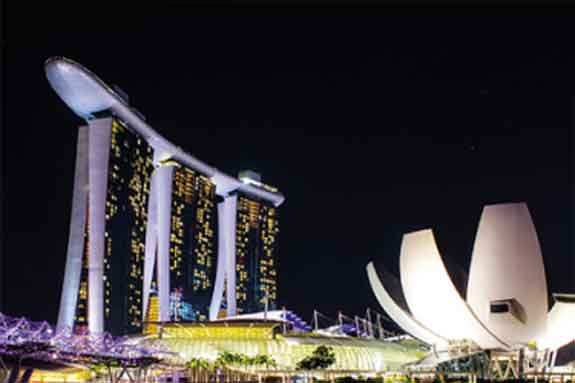