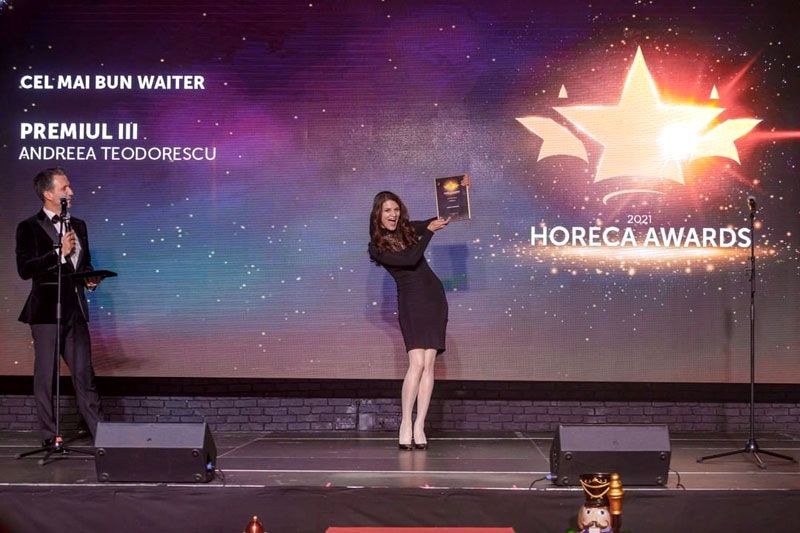 The 15th of December marked the Horeca Awards gala - the most prestigious Romanian event in its respective industry.

The latter was won by Andreea Teodorescu who has been part of the Tucano Coffee team in Sibiu for over 2 years during which she learned and evolved together with the shop itself.

The prestige of the Horeca Awards is partly due to the widespread participation of the public. They are the ones who submit the nominations and cast the votes for their favourites in the final. This year’s edition has registered over 19,000, making the results a clear reflection of the Romanian’s public preferences.

The Tucano Coffee brand was founded by entrepreneur Ruslan Cojocaru in 2011, with the first cafe in Chisinau, Republic of Moldova.

The chain’s colourful cafes first appeared on the Romanian market in 2014. Since then, they have registered a rapid expansion - Romania now has 25 coffee shops throughout the country, including multiple cafes in its biggest cities.

A franchise with soul 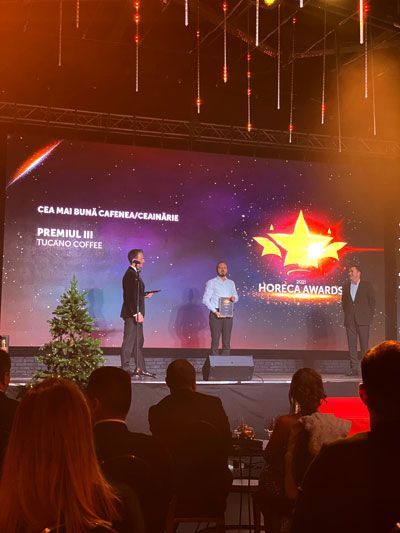 "Love.Peace.Coffee" - this is the philosophy that underpins the brand’s activity. Inspired by the hippie and rock cultures, it encourages a loving attitude towards all people of the earth, the environment, a creative atmosphere, good vibes and freedom of thought. With every coffee shop, Tucano Coffee is one step closer to a world full of love, peace and coffee. However, the global expansion of the cafe, which is now present in 8 countries, does not prevent it from cultivating relationships with every guest who enters its doors. With a focus on community, Tucano often organises events such as coffee brewing masterclasses, dance parties, handmade fairs, and a unique series of events called "People with a Mission".

Now that you have gotten to know Tucano closer, it is almost inevitable to hear about Specialty Arabica increasingly often. The chain promotes the cultivation of high-quality coffee, ethically grown, roasted in its own Roasting Factory and prepared with the most advanced coffee machines in the world (La Marzocco). Each coffee shop is named and decorated in a style specific to a coffee-producing country. Having said that, it is the team that makes the difference in the final product. Tucano’s talented employees are trained according to SCA standards by experienced baristas. And because a coffee often calls for something sweet to accompany it, Tucano has also chosen to explore the world of cheesecakes. These are prepared in their own laboratory exclusively from natural ingredients, without food dyes or additives. The top-end quality of the products, paired with their exquisite natural taste makes it easy to conquer the Romanian retail space and the hearts of the guests. 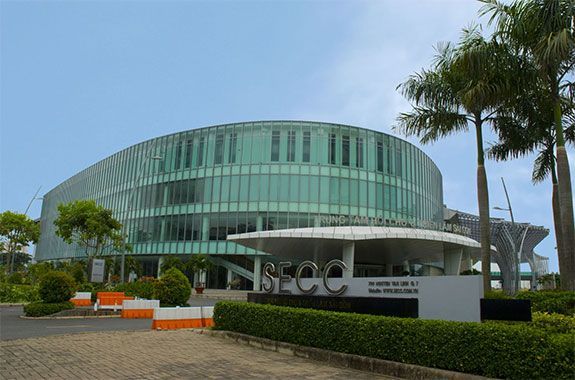 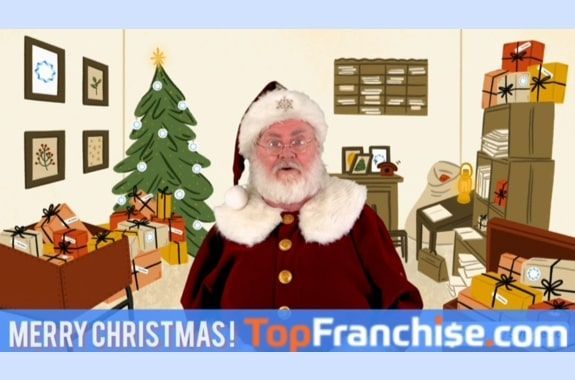