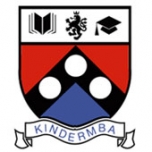 Attractiveness of Madagascar for the development of franchise business

The economy of Madagascar depends on a well-established agricultural industry and emerging tourism, textile and mining industries. Madagascar has rich deposits of natural resources. The country is looking for the ways to improve education, healthcare, and the environment to boost long-term economic growth.

Franchising is not very popular in Madagascar. A number of products and services are sold through distributorships, including automotive and machinery; communications and information technology; food and beverages.

Many franchise companies which had been launched in the country were unsuccessful due to high franchise fees and poor purchasing power of the residents. However, a developing tourism as well as rather young population; the median age in Madagascar citizens is 18.9 years; together with the lack of quality services and products encourage the demand for franchise businesses, especially international ones.

There are high investment business opportunities, as well as cheap franchises in Madagascar presented for review, the choice is yours.