List of franchises for sale available in South Sudan 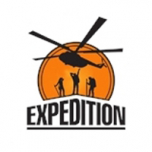 No Drama - a Network of Beauty Salons Franchise Investment from $54,120
Show 16 more

Attractiveness of South Sudan for the development of franchise business

South Sudan is situated in east-central Africa. The country can brag about numerous population, which is 12,340,000 people. Only 19.3 % of them live in urban areas. The economy of the country heavily depends on oil, timber and agricultural products which are exported to other countries. Consumer goods are mostly imported into South Sudan. It means the high demand for international franchise brands among the citizens, especially in the largest cities of the country such as Juba (525,953), Winejok (309,921), and Malakal (147,450).

Being influenced by neoteric trends and social media advertisements, South Sudanese get very excited about having food, clothing, and services of world-famous brands in their country. They really appreciate and value American brands. There are some of US franchises as well as several European ones on the franchise market. Among the most popular are KFC, Calzedonia, Starbucks and Domino's.

As South Sudan has recently undergone serious economic challenges, the country is fighting for political and economic stability and is consistently attracting investments. Starting a franchise company in South Sudan you can get all the advantages of being a first-mover as many niches are still free. Some of the best franchise opportunities could be found in Tourism, Retail, F&B, Health, Education, Financial, Real Estate and other business sectors.

There are high investment business opportunities, as well as cheap franchises in South Sudan presented for review, the choice is yours.