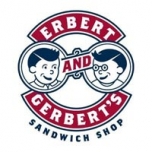 Attractiveness of Tunisia for the development of franchise business

Northernmost country in Africa, Tunisia has favorable weather conditions that make the country one of the most attractive tourist destinations in the world. A total of 6.731 million tourists visited Tunisia during 2017 according to Reuters. The big number of tourists together with 11,53 million citizens create huge consumer demand.

Franchising used to be not so popular in the country until now, it means no understanding of the franchising concept by local business people. However, a growing number of Tunisians get more and more interested in the franchise business, some of them try participating in international franchise exhibitions.

The government of the country aims at creating a franchise-friendly environment to encourage small- and medium-sized businesses and hence, foster the economic growth of the country. In 2009 they enacted franchise legislation which facilitates franchise processes in Tunisia. Referring to the legislation hotels and tourism, retail and distribution operations, beauty and hygiene salons, training and teaching, and vehicle servicing and repair require no prior pre-approval to operate in Tunisia.
A large piece of franchise market share belongs to U.S. franchise brands. Among them the food companies, a real estate broker and an advertising company.

There are high investment business opportunities, as well as cheap franchises in Tunisia presented for review, the choice is yours.