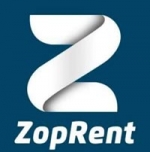 Attractiveness of Bhutan for the development of franchise business

Bhutan's economy is largely dependant on hydropower, agriculture, and forestry, which provide employment for more than half the population. Being the third world country Bhutan follows the philosophy of Gross National Happiness where the success of the development measured by well-being rather than on gross domestic product. The population has free education and free medical care. The main sources of income are tourism, hydroelectric power and agriculture-related businesses.

Franchising is a new notion in the country, however, it is slowly penetrating the market. Especially successful are franchise companies providing tourism-related services such as travel and leisure, food and beverage, coffee, fitness, pest control and cleaning franchises.

The majority of franchises offering their services in Bhutan are international, there are representatives of franchise companies from India, the USA and some European brands on the market.

There are high investment business opportunities, as well as cheap franchises in Bhutan presented for review, the choice is yours.