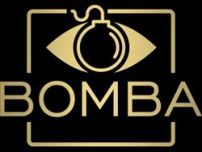 Attractiveness of Lebanon for the development of franchise business

Lebanon is a small country in the Middle East with the population of 6,849,812 people, 78.5% of whom live in urban area. Being a country with upper middle income, and a liberal economic system, Lebanon lies on the crossroads of three continents. This makes it an international hub for finance, trade, culture, and tourism. Lebanese economy is service-oriented; the main sectors include banking and tourism. Each year the country is visited by up to 2 mln tourists.

According to the Lebanese Franchise Association, there are 744 franchise companies successfully operating on the market which employ up to 100,000 employees.

International franchises make up 87% of the market, the majority of them are from Europe; 38% of franchise companies are from the United States and Canada. Only 13 % of all franchises available in the country are local.

The most extensive opportunities for franchising could be seized in food, hotel, restaurant, entertainment, education, health care, janitorial and clothing sectors.

The country has The Lebanese Franchise Association which was founded in 2006 in order to meet the needs of rapidly-growing franchise industry; develop and support franchising in the country.

There are high investment business opportunities, as well as cheap franchises in Lebanon presented for review, the choice is yours.