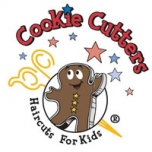 Pantovital - stand with products from deer maral antlers Investment from $1,980

Algorithmics - School of Programming and Mathematics Franchise Investment from $15,000

Attractiveness of Myanmar for the development of franchise business

Traditionally the economy of the country was based on agriculture, forestry, and fishing, however, nowadays the most successful economy branches are driven by the demand for ready made clothes, food, education, bank services as well as retail, oil and gas prospects.

The new tendencies have also influenced the appearance of many franchise businesses in the country. Myanmar’s franchise sector started in 2013 and now the country has nearly 65 foreign franchise companies working mostly in the largest cities. They are mostly from the USA, Singapore, Thailand, Malaysia, Indonesia, Philippines, Korea, and Japan. However, there are also home-based franchises available on the market which are highly popular among investors from all over the world.

There are high investment business opportunities, as well as cheap franchises in Myanmar presented for review, the choice is yours.

Indicators of Business Market in Myanmar