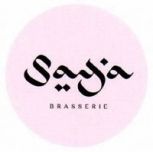 Attractiveness of Jordan for the development of franchise business

However, there were several governmental reforms implemented to improve the economic stability and attract investments.
If an entrepreneur is willing to start a company in Jordan, they should consider such businesses as Fuel (Filling) Station, Transportation, Education Consultancy, Hair Salon, Electronics Repair Workshop, Provision Store.

Jordan is open to new international franchises and local entrepreneurs are interested in doing franchise business. Especially in demand are franchises operating in a service sector and fast food industry. Retail franchises are also popular, despite the country has limited capacity for the number of franchise outlets.

The main player on the Jordan's franchise market is definitely the USA, there are a lot of representatives of the country in Jordan, including Applebee’s, ACE Hardware, Ruby Tuesdays, KFC, Pizza Hut, Starbucks, McDonald’s, and Burger King.

There are high investment business opportunities, as well as cheap franchises in Jordan presented for review, the choice is yours.