If I succeed, then others will succeed 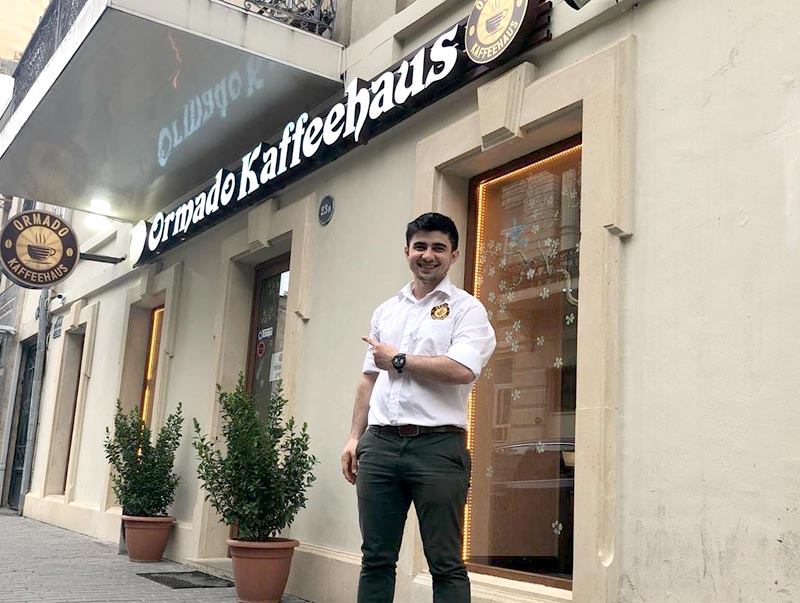 Orkhan Akhmedov, the founder of the Ormado Kaffeehaus franchise, decided to open his own coffee shop in Berlin after having worked in the restaurant business in Germany enough. Having gained experience, he realized that he could do business no worse than his employers. So in 3 years, he opened five coffee shops in Berlin, Vienna, and Baku, launched his coffee production manufacture, launched his own line of coffee drinks, and entered the Russian market with his franchise of an international level.

We talked with Orkhan about what is so special about his coffee brand, why he decided to develop a franchise network, and what partners he is looking for.

How did you start?

I was born in Baku, and although I grew up in a family of hereditary teachers, I confess that I did not study very well at school. I entered the university only because I promised my mother. As a result, I received a bachelor's degree in law, but I haven't worked a day in my specialty. I was interested in doing business and making money.

At the age of 16, I started helping one of my relatives to drive cars for sale from Georgia to Azerbaijan, later on I started selling mobile phones: I collected orders for iPhones and iPads and went to the Emirates to buy them. It was easy and good money for a boy from Baku. I liked it. I started a Facebook page, promoted it, and collected orders like that. But I did not do this for a long time, because I went to the army and then moved to Germany.

I wanted to open my own business, but I didn't understand which one yet. However, I was perfectly aware that I had no prospects in Baku. I started thinking about what to do next. My aunt, who is also a teacher, by the way, insisted that I continue my studies. I agreed: I applied to the European University Viadrina in Frankfurt an der Oder and entered the Master's degree in humanitarian law.

The choice of the country was not accidental: I read that Germany has a good business environment, friendly for a first-time entrepreneur. I was going to settle in Germany and open my own business, so studying was the first step towards my dream. 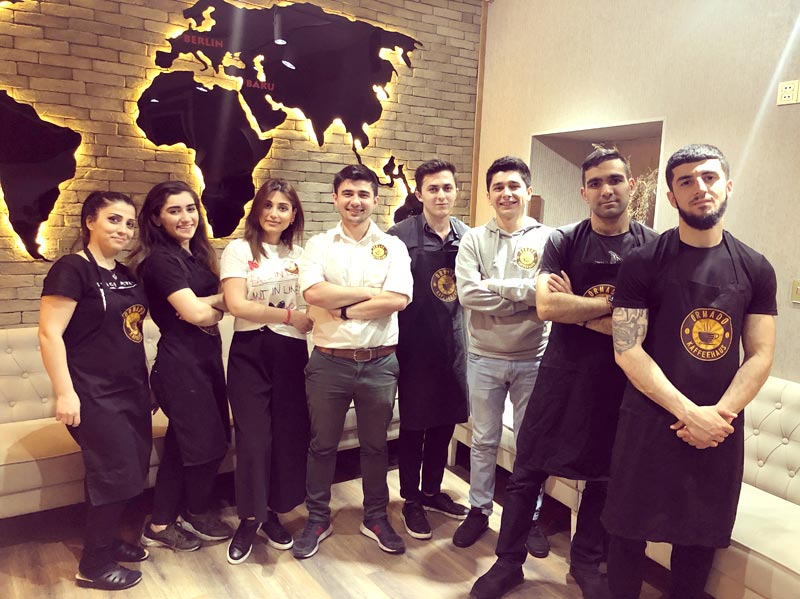 In Germany, I had no one and nothing: no acquaintances, no support. I lived on campus, did not know the language well, studied, and earned money. I worked as a pizza delivery man, security, garcon, barista. I looked at how the business of my employers was arranged, delved into all the processes, saw the mistakes of the owners, and thought about how I could do better. At some point, I realized that if the coffee shop where I worked is doing well even with all its problems, then I will succeed, because I can do better.

So in 2017, I registered the company, sold the apartment in Baku, which my grandfather bequeathed to me, and on that money I opened the first coffee shop under the Ormado Kaffeehaus brand in Berlin.

I had no doubts about success because whatever I did, I did better than others. Even with the cars that my uncle and I drove from Georgia. At first, we did it together, but then I did everything myself. As a result, I chose better cars and sold them at a higher price. 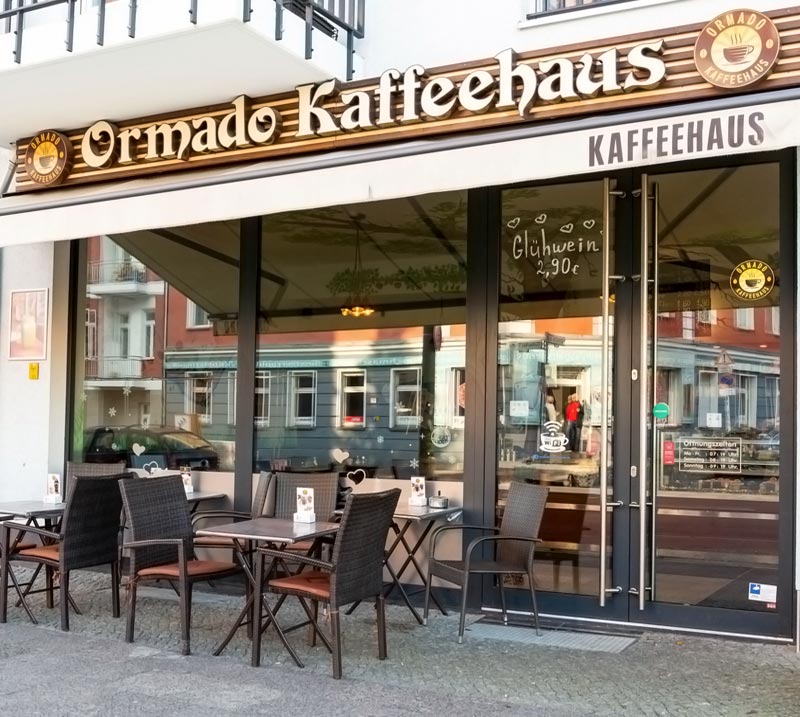 It's the same with my coffee shop. Yes, this is a saturated market, and we have many competitors. And yet Ormado Kaffeehaus has found its niche and its audience. In just three years, we opened five coffee houses from scratch in Europe and Baku.

In all of our coffee houses, we play jazz, prepare delicious coffee of our own production, and treat our customers with waffles.

I specially went to Kenya to find a farmer who will grow coffee for Ormado Kaffeehaus. In Germany, I have my own production where we roast beans and produce our own line of coffee, energy, and wine drinks. The workshop is designed to produce 15 tons of coffee per month, but, so far, we are producing only 10 tons - half for ourselves, half for others: we sell some on the website, some we supply to other coffee houses throughout Europe. By 2024 I plan to expand coffee production, move it closer to Berlin and make a museum out of it. 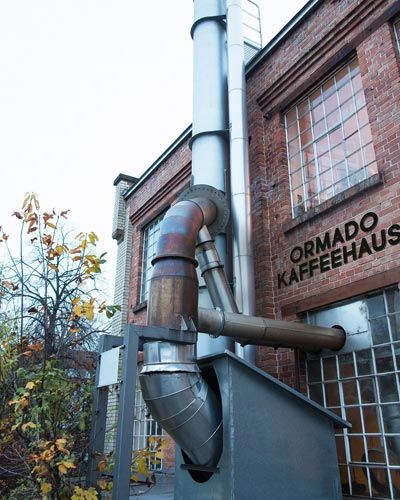 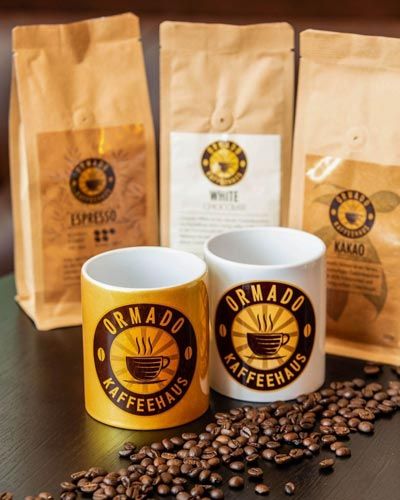 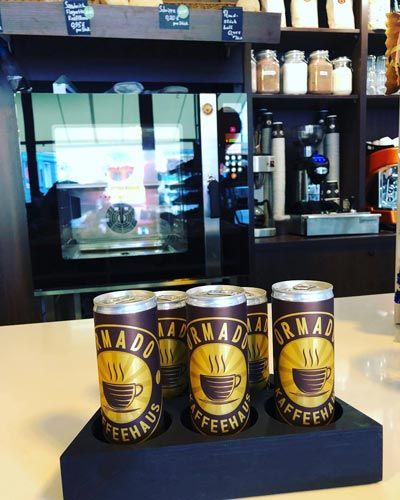 Why did you decide to develop a franchise?

It happened by itself - an old acquaintance from Baku wanted to repeat my success but did not want to start a business from scratch. He persuaded me to sell him the Ormado Kaffeehaus franchise. He opened a coffee shop in Baku and it immediately became popular. Then I realized that this is a very easy way to open new points without your own investment. Then a businessman in Germany, also an Azerbaijani, found me - he opened a second franchise outlet in Berlin. The next franchise recently opened a coffee shop in Vienna.

At that moment, I was not ready for the development of the franchise network, but together with my first partners, I went through this way. I described all business processes and standards, found a single supplier of products for the entire network. All coffee shops are now undergoing two weeks of on-the-job training. Of course, in all our coffee shops, we use our own coffee. The menu is also the same. There are video cameras at all the points - the Berlin head office controls that everything is done accordingly to the standards: showcases, staff uniforms, service. If the franchisee wants to add something to the menu, he coordinates it with me. Production technologists analyze the proposal, draw up a recipe, a technological map, and if they see expediency, add, for example, a new drink to the menu. Later on, it appears throughout the network. We connect the franchisee to our own cash register system, application for clients, and a website that works in 5 languages. 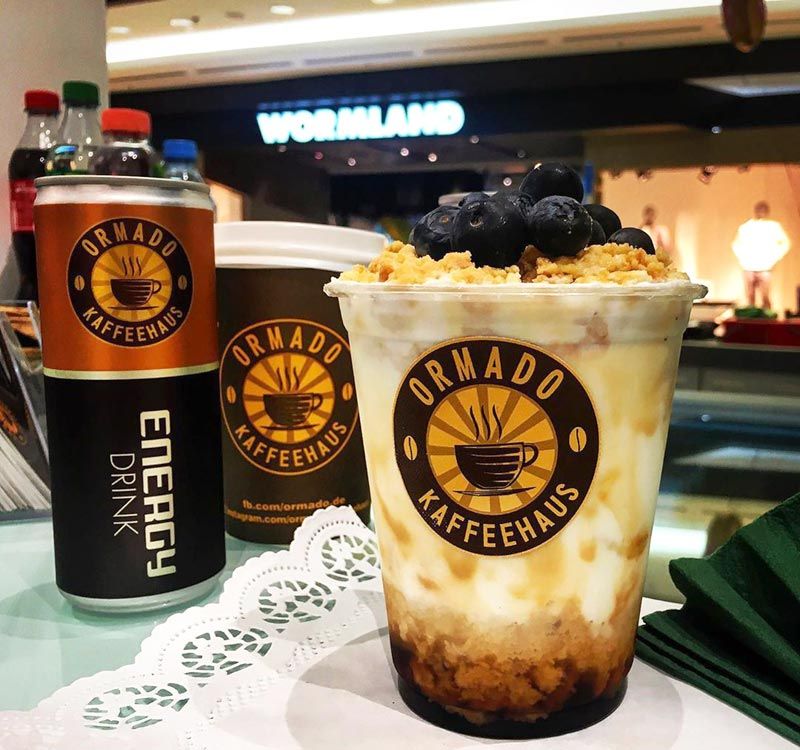 None of our coffee shops closed due to the pandemic, as everyone continued to work for a takeaway, and because of the high quality of our coffee.

The demand is high - in Europe, people know a lot about coffee, there it is the same habit as smoking cigarettes.

There are already three Ormado Kaffeehaus operating in Berlin alone, and there will be more. I plan to open 30 coffee shops in Russia, Azerbaijan, and European countries by 2024. We are especially interested in tourist destinations in Italy, Spain, and France because tourists bring us 30% of the profit.

What kind of partners are you looking for?

All my partners like the fact that Ormado Kaffeehaus is an honest and transparent business, without incomprehensible investments, without parental investments. The company has begun functioning productively by itself and is growing organically. I am fully involved in the business processes, and I know how to open coffee shops no worse than large chains like Starbucks or Costa Coffee. This business was built from scratch by a simple person, the same as those big brands. Franchisees understand this and believe that if I succeed, then they will succeed. 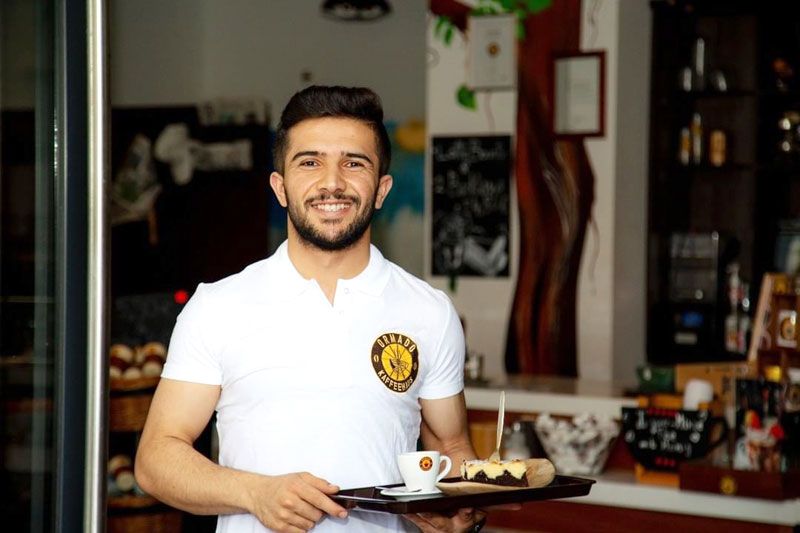 So I am looking for young entrepreneurs like myself: active, involved, passionate about a common cause. Those who will not just invest in opening a coffee shop and put a manager in charge of everything, but will go through all the stages from the start and will develop the business. I think that soon we will stop selling individual franchises, and start selling Master franchises in a specific country or region. By the way, partners in Berlin and Baku are already planning to open a second point.

The audit of Ormado Kaffeehaus was recently completed - the worth business was estimated at more than a million euros.

This is very good for a company that is only three years old. This builds trust among partners and attracts them - they want to join the brand now, while the franchise cost is low, and there are free territories.

What are the most popular formats?

The most important thing is the room. And not so much the area - you can open a very small point, literally 4 square meters, as the location. It should be a passable place with a lot of people, a lot of tourists, a lot of traffic.

There is a large coffee shop in Baku, a whole restaurant of 150 square meters, in Berlin there is also a large room, all the others are no more than 40 square meters, in a to-go format. Small coffee shops pay off faster: they have less investment and more visitors per day. Bigger coffee shops pay off longer, but they also bring in more money. On average, the revenue of one Ormado Kaffeehaus coffee shop is 20-30 thousand euros. The partner decides which format to choose. But, of course, I can always prompt, come, meet, advise personally. 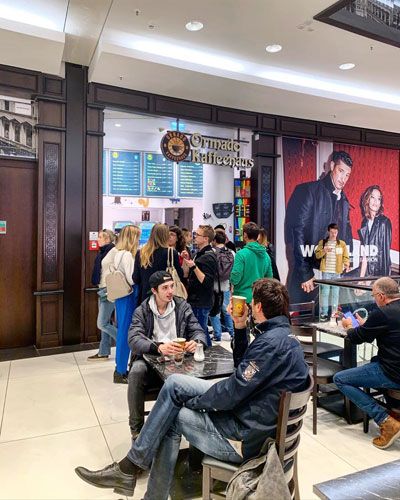 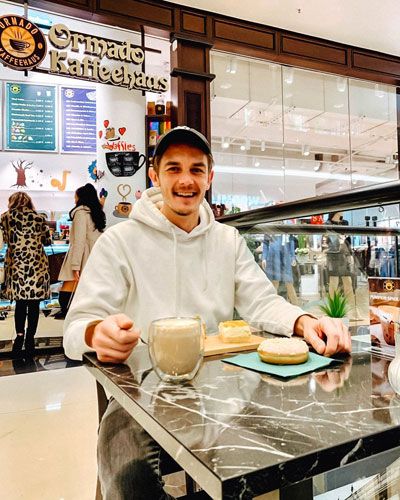 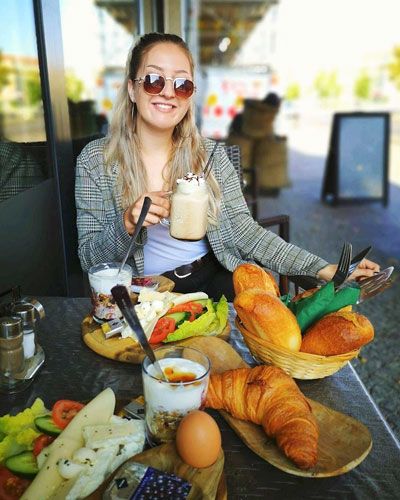 All further steps for opening a coffee shop are explained in detail: how to buy coffee and ingredients, how to recruit employees, how and what to tell customers. We prepare a design project, connect a partner to all automated systems, supply coffee at a discounted price, train managers and employees, and control everything.

If a partner follows all the standards, and customers leave good reviews, he can count on a bonus at the end of the year.

Who are Ormado Kaffeehaus customers?

We have developed fans of us - these are middle-aged people who like good, high-quality coffee, like that we have no youth customers, like a simple, friendly attitude and fast service. The playlist is common throughout the network, only on Saturdays you can put on national music. And on Saturdays, sometimes I come to one of the coffee houses and make coffee myself. Both visitors and franchisees like it.

We often participate in all kinds of events, set up our stand at various festivals, concerts, in other cities, and those who have tasted our coffee, then find us in Berlin and Vienna. I am sure that soon there will be many of us around the world and it will be much easier to find Ormado Kaffeehaus.

How much does the Ormado Kaffeehaus franchise cost?