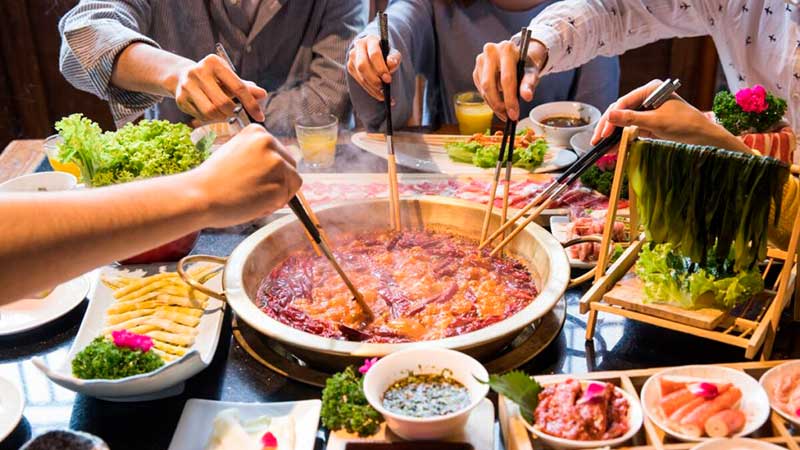 Chinese restaurant franchise business is constantly developing. It happens because Americans love Chinese food, a bit accommodated to their tastes though. Chinese restaurants are quite inexpensive which attracts even more customers. The industry offers a lot of franchise concepts such as sushi boutiques, healthy food and fast food, make-to-order services and others. It means that if a newbie wants to buy a Chinese food franchise, they will face a lot of options to choose from. The best franchisors operating on the market are really welcoming to their franchisees and are ready to give them a hand anytime it is needed. Moreover, a new franchisee will have an extensive training program on starting and running the business. Besides, well-known brands have already attracted a lot of loyal visitors by means of marketing and good reputation. So, a new restaurant will also gain traction very quickly and bring a fast income.

Here is the top 10 Chinese Restaurant franchise businesses in USA 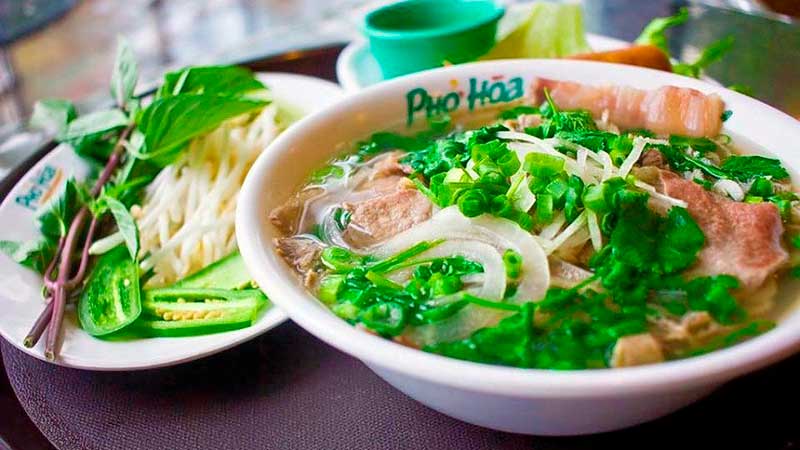 Ginger Sushi Boutique, famous in Canada like the Sushi Shop, specializes in making sushi, sashimi and other Japanese delicacies for over 16 years. Ginger Sushi Boutique has over 130 stores in Quebec and Ontario and is actively expanding its premium brand in the United States. Boutique restaurants decorated in a modern Zen style. Customers can choose from an extensive à la carte menu to enjoy this boutique atmosphere or take away food. Ginger Sushi Boutique also offers a wide variety of Grab n 'Go combinations that are fresh throughout the day. 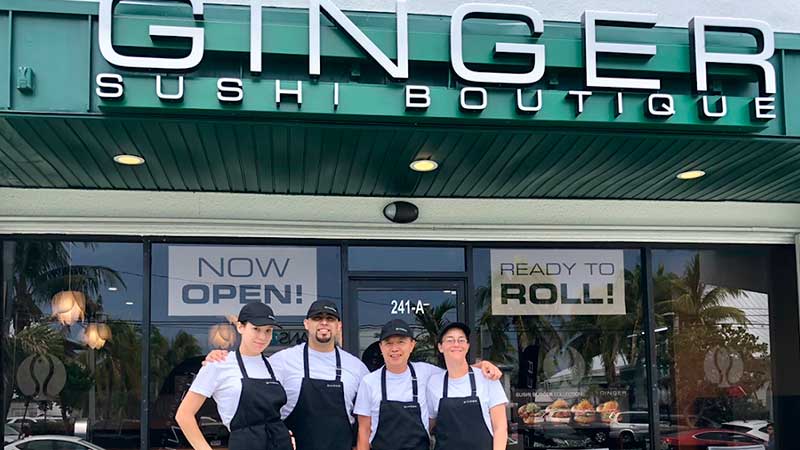 HuHot Mongolian Grill is a chain of restaurants where diners prepare meals to their liking, choosing from dozens of fresh vegetables, meats, noodles and sauces. The basic concept is that you experiment and create first courses with different sauces made with fresh ingredients every day, and then just sit back and enjoy while your chef grills it in front of you, making each dinner unique. The first HuHot franchise company was built in Omaha, Nebraska in 2002. There are currently 70 establishments in 18 states. 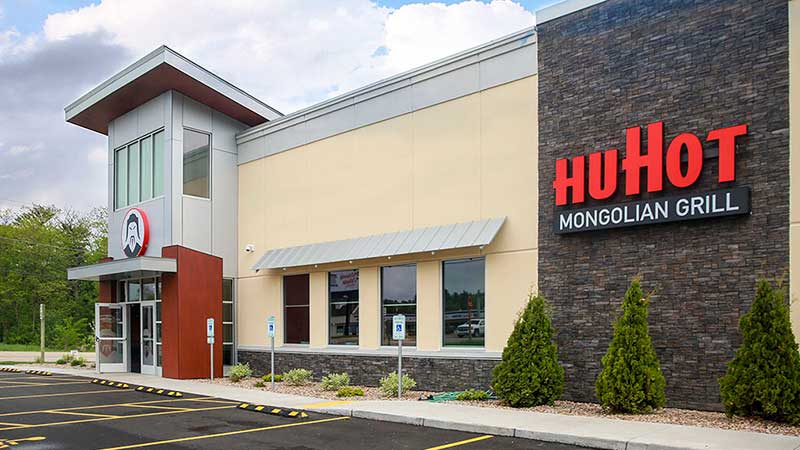 The Panda Express company offers its visitors Chinese cuisine. The brand's history began in 1973 when Andrew Cherng opened his first Panda Inn in Pasadena, California with his father, chef Ming-Tsai Cherng. The hotel was doing well and in 1983 the first Panda Express was opened at the Glandale Galleria. In 1987, the next location opened in Honolulu, Hawaii, and by 1993, just 10 years later, Panda Express had opened its 100th location, by 2002, its 500th location. In 2007, the 1000th outlet opened and the brand reached $ 1 billion in revenue for the first time. Today, Panda Express has over 1,500 locations in 45 states. 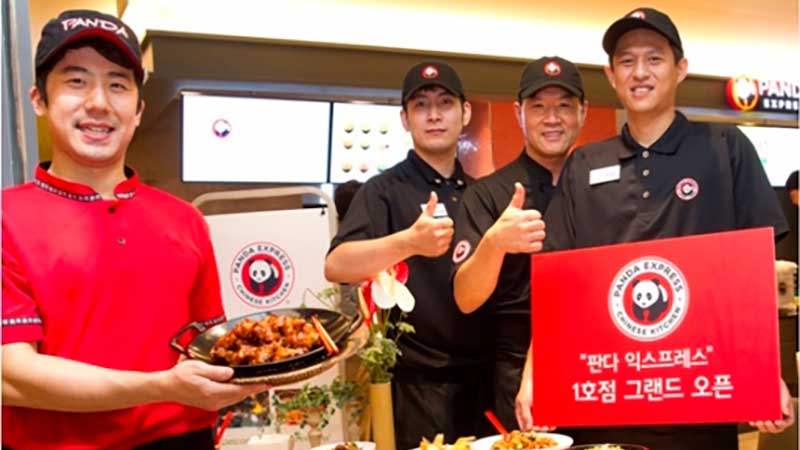 Manchu WOK is recognized as the largest franchisor in North America for the Chinese Fast Food Restaurant (QSR) industry. They are located in food courts of shopping malls, airports, office buildings and universities in the United States and Canada. Customers are presented with a wide selection of dishes in the form of a buffet. Also, visitors can order one of the pre-set in the restaurant "Combo" or "Make your own combo". All dishes are prepared according to our own recipe on site using the freshest ingredients. 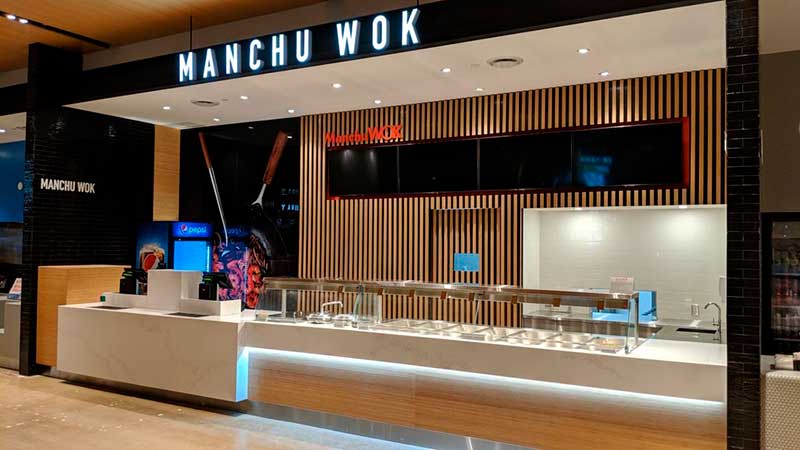 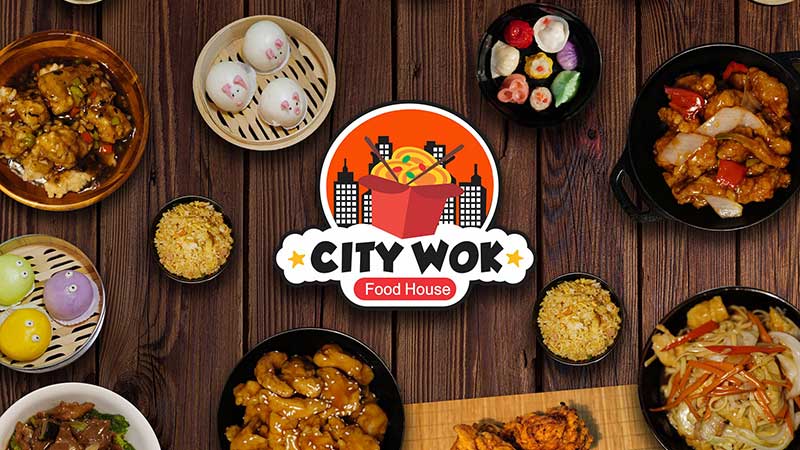 Thai Express is a fast-casual Asian restaurant featuring made-to-order Thai dishes with fresh ingredients prepared right before the customer's eyes. Taking advantage of the strong, pent-up demand for an authentic, fast and affordable Thai restaurant, Thai Express has gained popularity in Canada, becoming not only the country's leading Asian QSR, but also one of the most recognizable restaurant brands in the country. With the support and leadership of franchise giants MTY Group ™ and Kahala Brands ™, Thai Express is entering the United States market, where the demand for Thai food has been growing for years. 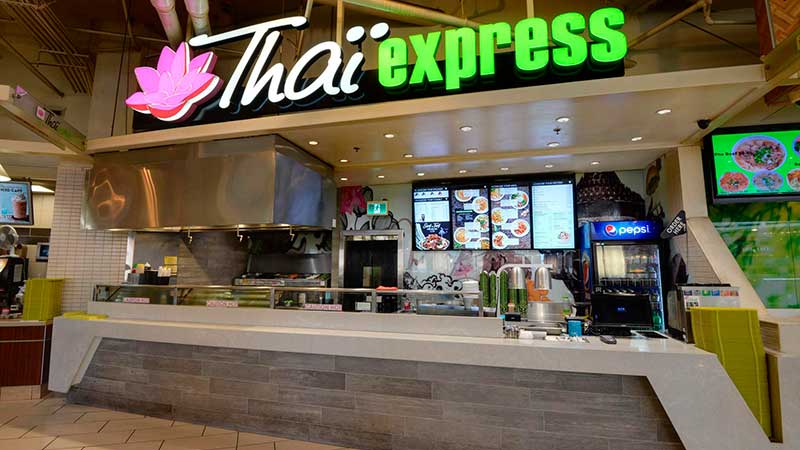 SushiFork is a franchised sushi restaurant chain that serves traditional and unconventional sushi rolls, sushi burritos and eclectic food in a trendy yet casual atmosphere. The company introduces a concept of a fast-casual restaurant where sushi lovers can indulge in expertly prepared dishes, from classic rolls to original custom-made rolls. 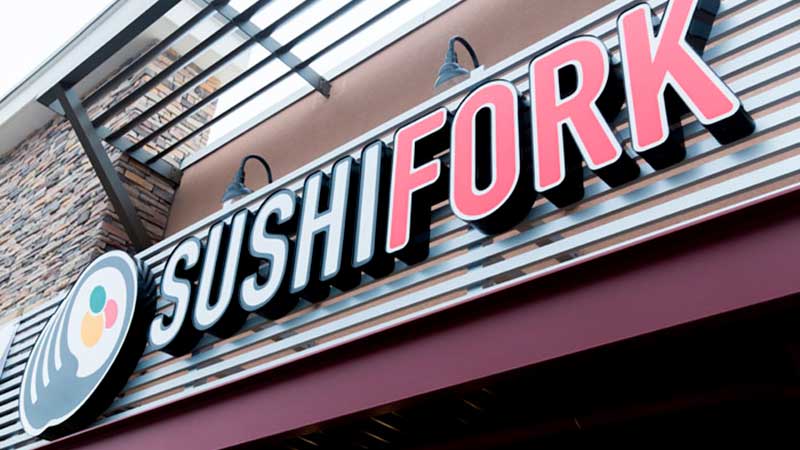 The Sushi Shop™ franchise has been a runaway success in Canada, where the brand has grown to over 150 locations and is now one of the largest Sushi QSR concepts in the nation. Now we are expanding into the United States as Ginger Sushi + Poke Shop™, where sushi is a $3 billion industry(1) and poke bowls are quickly becoming one of the most popular foods in the nation. With a low initial investment, plus extensive and industry-leading support and training, Ginger Sushi + Poke Shop franchise owners have the chance to break ground with a concept that is poised to be the dominant sushi brand in the United States. 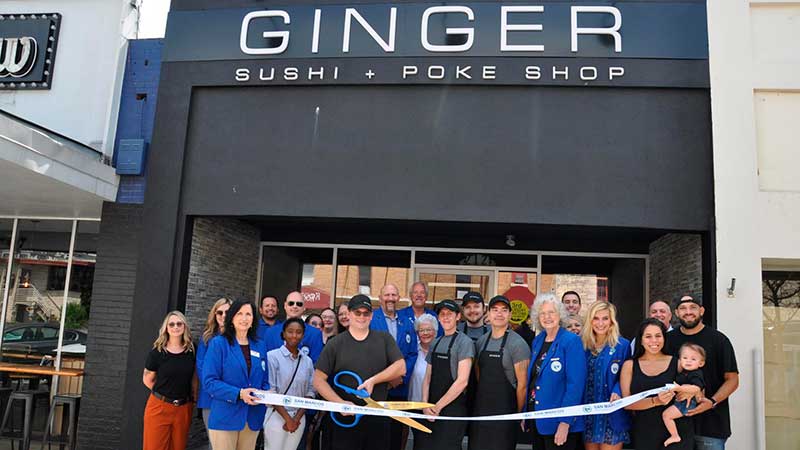 Samurai Sam's first restaurant was opened in 1994 by John Young, David Young, Kerry Phelps and Russ Sean in Scottsdale, Arizona. Since then, Samurai Sam's has become the industry-leading teriyaki franchise. The restaurant is a chain located in the western states, offering a menu of healthier and more affordable meals. Japanese fast food, including seven bowls for rice, four specialties, seven bowls of yakisoba, six salads and side dishes, and two bowls for children. 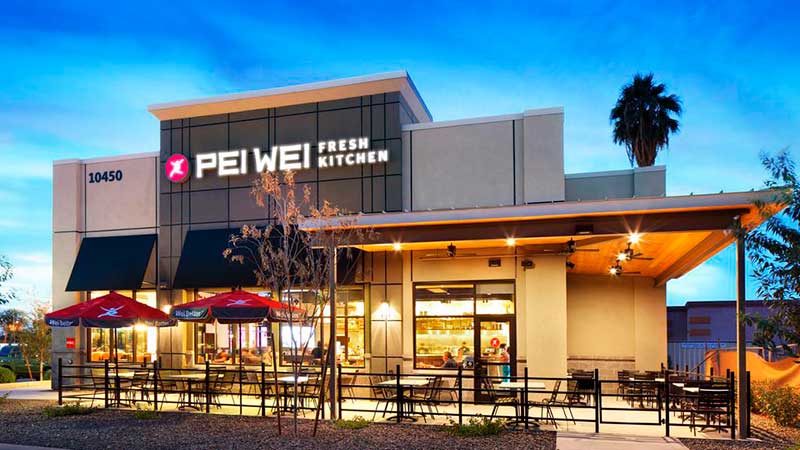 To summarize, we can say any of the listed above Chinese restaurant franchises is worth buying. But there is a lot to consider while choosing the best one for you. Pay attention to the reputation of the brand, what training and support are offered, check if the other franchisees are successful. But the main thing you need to do is to align your budget with investment requirements of the brand. In order to ease the challenge, we have made the comparison flowchart of the best Chinese restaurant franchises in the USA for you. It shows the minimum estimated initial investment and initial franchise fee of each brand. By using it, you can figure out the difference in financial requirements for each franchise, and decide which one fits you the most. 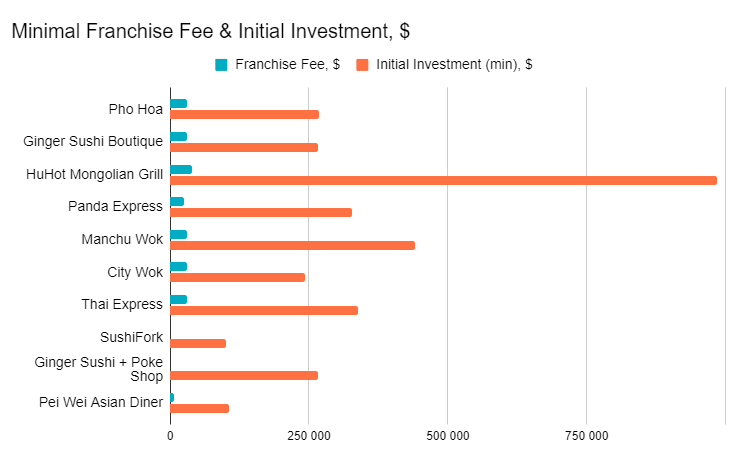 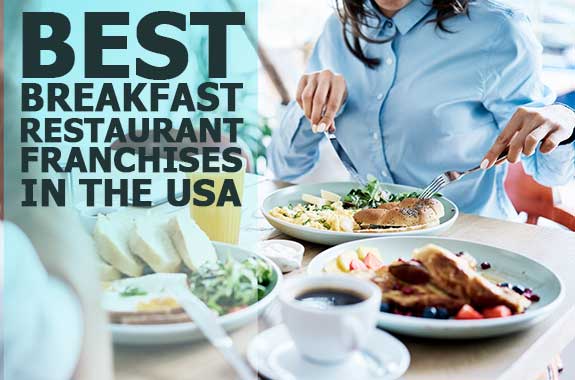 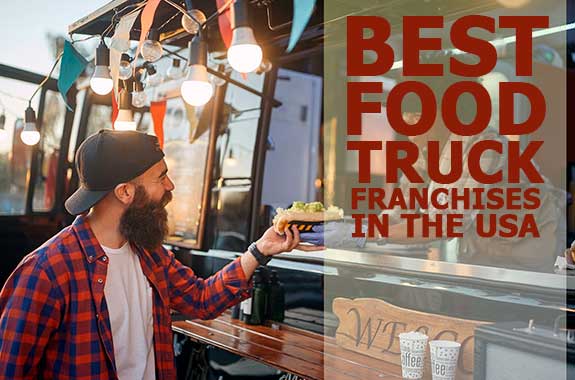